Why is yoga important for daily exercise.

Yoga is a mind and body technique using to attain union with the supreme conciousness God.It was firstly considered as religious activity developed in India derived from an ancient philosophical treatise called Vedas since 3000BC and streching of various flexing exercises.

Yoga could be used routinely as exercise for harmonious development between mind and soul because it is not only posture but is spiritual, physical exercise.

But it should be maintained as consistent single sequence for better results and inner happiness.Yoga as a daily exercise can eliminate Noncommunicable (NCDS) cause of death which causes premature deaths in low and middle income countries.

As Yoga is purely spiritual process with physical activities so it has benefits which only physical exercise didn’t have physical exercise in gym may cause stress, pain, and other injuries. Yoga will enlighten your soul and your soul at the same time.To find true happiness one should go to Yoga. 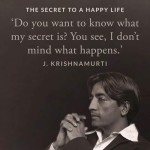 The Importance of Sports